«A musician with great potential for development is the Estonian cellist, who elegantly mastered the range between the composition’s two contradictions.»
Lage Olsson, Barometern, 2014 («Hate-Love» cello concerto by P.H.Nordgren)

Andreas Lend was born into a family of musicians and is one of Estonia’s most talented cellists. He studied at the Sibelius Academy in Helsinki (Prof. Hannu Kiiski and Heikki Pekkarinen) and received his B.A. and M.A. degree from the Estonian Academy of Music and Theatre (2008, 2010; Prof. Peeter Paemurru).

Andreas has won prizes at many competitions (most recent — 1st Prize and Gand Prix at the 5th International Contest-Festival «Renaissance», Armenia 2013) and has participated in numerous master classes (F. Helmerson, D. Geringas, M. Ostertag, N. Ullner, M. Ylonen, M. de Oliveira Pinto, A. Ivashkin, J. Goritzki ect). In 2007 Andreas Lend was chosen to take part in the European Union Youth Orchestra (chief conductor Vladimir Ashkenazy) and between 2005-2014 was a member of the Estonian National Symphony Orchestra and the C-JAM cello quartet. Today he is amember of the Estonian National Opera Orchestra, the Prezioso String Quartet and the newly-created piano trio Trio Hemeīs in addition to playing numerous other chamber music concerts and solo recitals regurlarly both in Estonia and abroad.

Andreas has been awarded the «International Holland Music Session» summer academy scholarship (2009 and 2010) and is the recipient of the Marje and Kuldar Sink award «Young Musician 2011».

In the summer of 2017 he perrformed in Croatia at the PagArt Festival and toured with the Baltic Neopolis Virtuosi (BNV) in Norway, Poland, Lithuania and Estonia. Collaboration with BNV continues in 2018 as well as concerts at the Ludwig van Beethoven Easter Festival in Warsaw and at the EuropaFest in Bucharest with Trio Hemeīs. 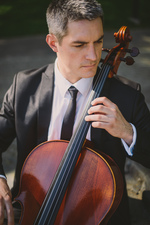